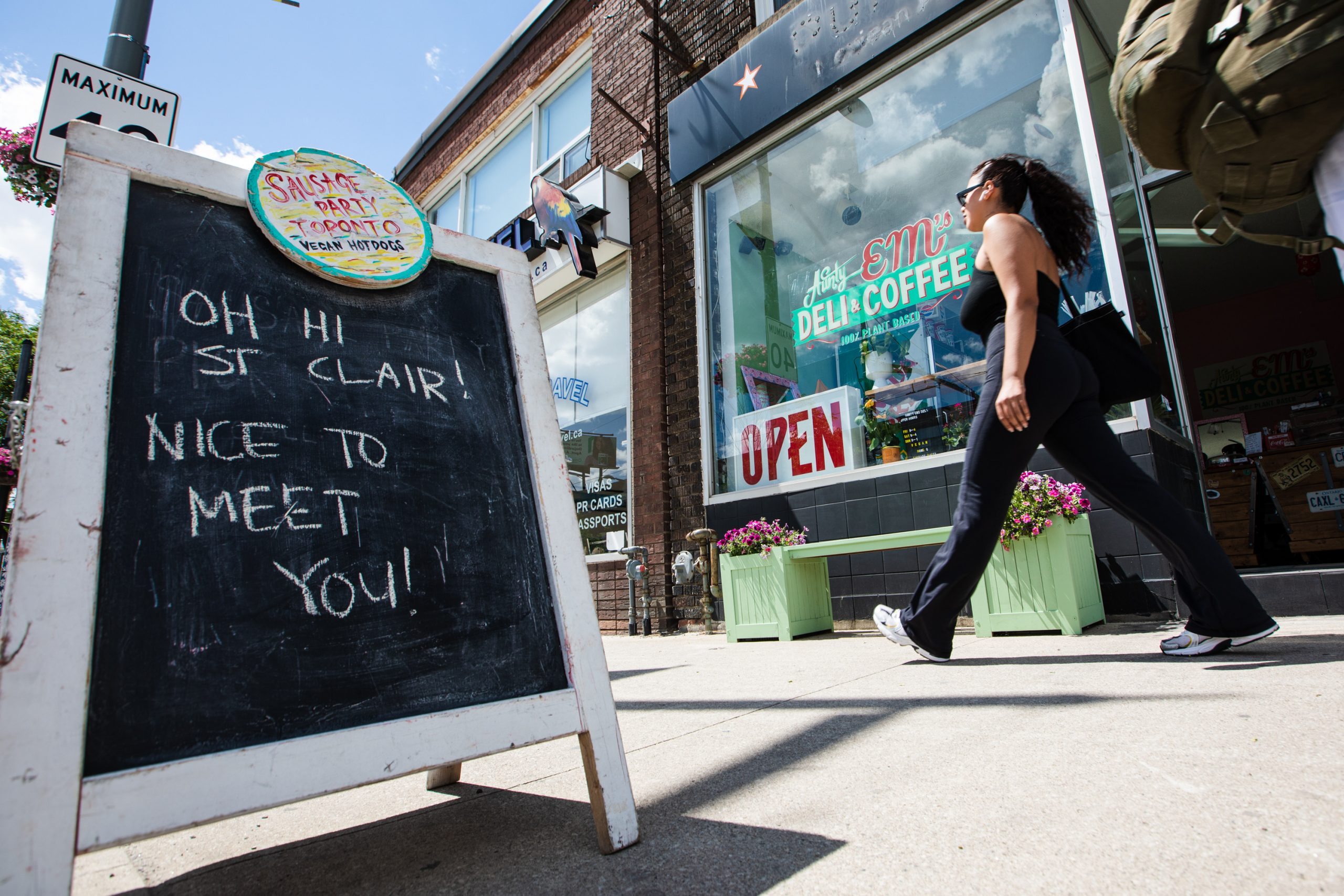 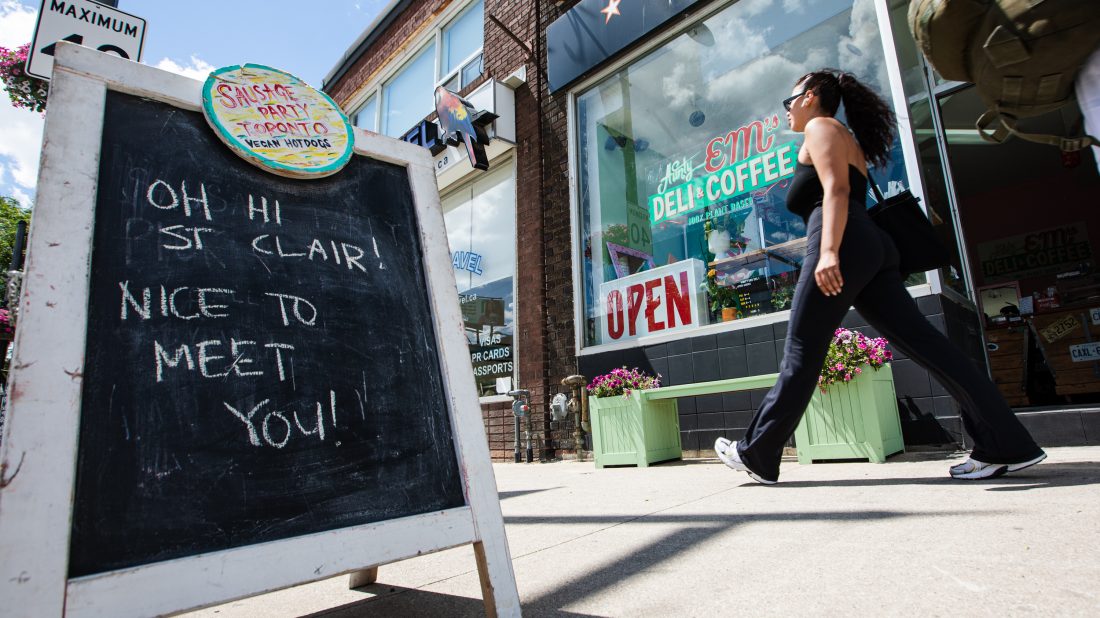 The cornerstone of any community is its long-standing businesses – those places that everyone knows and loves, that have been there for as long as anyone can remember.

Walking into Aunty Em’s Deli & Coffee (1672 St. Clair West, @auntyemsdeli), you immediately get those vibes. Pastel colours dance across the walls evoking memories of Saved By The Bell, there’s a wooden lacquered Elvis picture on the wall straight out of the 70s, and a faux wood plastic menu with a broken clock featuring items you can’t actually order – all the hallmarks of a comfy neighbourhood deli that’s been there for generations.

But Aunty Em’s hasn’t been on St. Clair West for decades – it hasn’t even been open for a month, and it’s a 100 per cent plant-based vegan deli.

Owner and operator Emily De Beus had always wanted a storefront. Before Aunty Em’s, the plan was to make that move with her vegan junk food pop-up business, Sausage Party. Pre-COVID, Sausage Party could be found every weekend at a brewery or a festival serving up succulent vegan sausages and non-stop good times. During the pandemic, De Beus adapted the business, and what was originally an events pop-up focused on hot dogs became a whole lot of things.

“My customers asked me for different things, like charcuterie and deli stuff, and I was like yeah, let’s give that a go!”

De Beus still planned on opening a brick-and-mortar business, but if it was going to be Sausage Party with downtown rental prices, well – “that’s a lot of hot dogs.” So the search expanded northwards, and when she found her current location it lent itself perfectly to what Sausage Party had become.

“Sausage Party is vegan junk food and it knows what it is,” De Beus explains. “Coming north, I wanted something that could be a neighbourhood gem, something that was community focused. Aunty Em’s allows me to be more classic, have more variety.”

That shift toward variety has allowed De Beus to partner with other vegan businesses to offer products she doesn’t make, and more specifically it has given her the opportunity to partner with more women.

“It was really important to me to support as many women-owned businesses as I could,” De Beus says, “so I looked for coffee roasters that were women-owned, and we settled on Java Roasters in the east end.”

As if transitioning the focus of a small business and opening up a storefront weren’t enough during a global pandemic, De Beus became a mother seven weeks before the shop opened.

“It’s been a really exciting time that these two worlds have just been working in unison,” De Beus says. “Everyone keeps telling me how crazy it is to be doing these things, but I don’t know it any other way. I think being nine months pregnant in the kitchen was a lot harder than it is now with a newborn baby!”

Now that the hard part is over, De Beus isn’t slowing down and is already making plans for Aunty Em’s future, starting with rotating Friday night pop-ups.

“Everyone has turned their side hustles into businesses and it’s a really creative time for food and beverage!”

But for those diehard fans seeking the flavours of nostalgia there’s also Sausage Party Saturdays. Currently Em’s is takeout only, but De Beus plans to apply for Café TO in 2023, is looking into building a small patio out back and will be getting a few tables for the sidewalk when she has a chance.

Disclosure: Nick Lachance may have dressed as a hot dog in the past to promote Emily De Beus’s previous business, Sausage Party. It also may have been one of the best days of work ever.