Where to eat in Toronto during TIFF 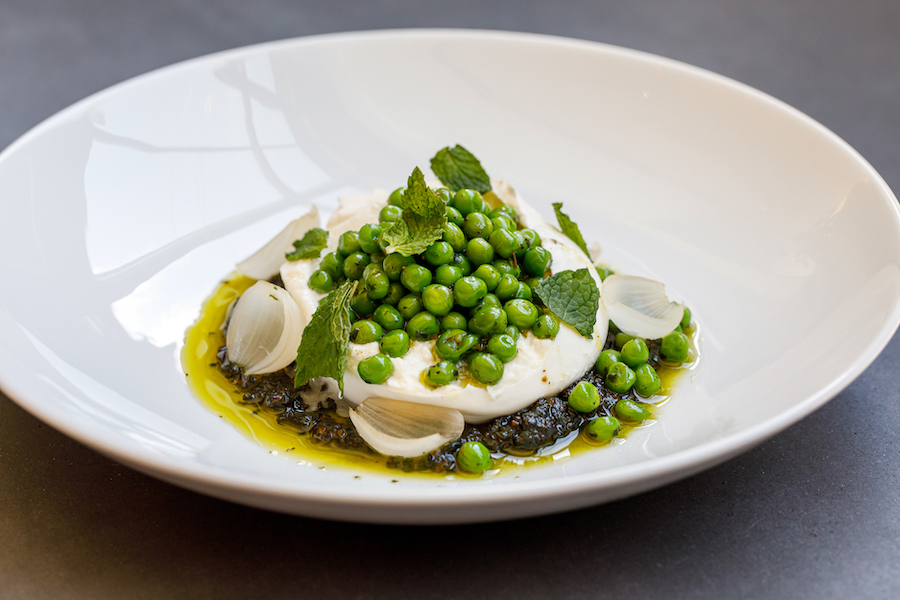 The Toronto International Film Festival (TIFF) is about to descend on the Entertainment District for another year, and with it come the pre- and post-show diners seeking to cram in a meal between screenings or digest the day’s viewing over a cocktail. Here’s where we’d suggest heading when your popcorn-bloated belly starts demanding proper nourishment.

Opened just in time for festival partygoers to sweep its sprawling 4,000-square-foot footprint en masse, this massive restaurant and bar (run by a supergroup of Alo and Bar Raval alumni) is swathed in the kind of custom details – undulating lighting installations, sculptural stairwells – that scream “I’m ready for my close-up.” The menu is lush and veggie-forward, with some obligatory steaks for the King West expense crowd. Cinephiles will be geeked to see a “Reality Check” drinks menu, featuring Flaming Moes and a Mos Eisley Cantina cocktail (ingredients: Patron, mescal, the Force).

The Beast is back: After a two-year hibernation as “Beast Bodega,” Scott Vivian’s long-running nose-to-tail spot has a new, more casual incarnation that still manages to be as artful as its predecessor. With Nate Middleton (formerly of Home of the Brave) at the helm, the kitchen turns out wild boar macaroni or pies topped with beef tongue and bacon or smothered in coconut milk white sauce and aloo gobi. Snacks tend toward novel takes on red-sauce apps. (Kimchi olives, you say? We’ll take 20.)

But wait a minute, I hear you say: Hasn’t Le Select been open in this city for literal decades? Yes and no: The venerable bistro was sold and shuttered for two years during COVID, but is now back in action, Art deco details and French posters intact, under the eye of new operators Scale Hospitality Group and veteran chef Ted Corrado. The charcuterie and cassoulet aren’t going anywhere, but expect enough gentle tweaks to bring this 45-year-old institution into the modern era.

If you haven’t yet checked out chef Rang Nguyen’s collaborative spot with his culinary bestie Matty Matheson, it’s just a quick stroll north of King West. (Fun fact: The two met years ago while working at – drumroll – Le Select.) The menu draws broadly from Nguyen’s upbringing in southern Vietnam, with a few French twists. Pho and banh mi are both hearty, soul-warming options; vegetarians will want to grab the halloumi banh mi (with miso eggplant in place of pate) and mushroom fresh rolls.

Dive into a bowl of comfort – gloriously rich khao soi noodles, fruity massaman curry, bold pad gra prao – at this lively, modern Thai spot, or head upstairs to sister bar Bang Sue to crush some satay and spring rolls under the gleam of the disco ball.

Those looking to dissect the fest’s films over an elegant plate in an intimate room could do way worse than the Food Dudes’ stylishly minimalist fine dining spot, set into an old Victorian on Portland. Put your fate in the chefs’ hands with the $89 tasting menu, or drop in for the Wednesday night prix fixe.

A deli that’s also a wine bar that’s also a wine school? Sounds like a tasty pairing to us. The menu at this intimate spot has somewhat evolved past its “deli” designation, with pastas, pintxos and seafood all making star turns. But whatever you order, the wine program headed by Bruce Wallner (who also operates the on-site Somm Factory training facility), will always have the perfect bottle to match.

This family of beer bars is a perennial fave for the after-work crowd and the after-TIFF crowd alike. Choose your own adventure: The moody, warren-like original location on King, or the three-floor Peter offshoot with the sunny rooftop patio.

That early-fall bite is about to be back in the air, and in the Entertainment District, that can mean only one thing: It’s Ravisoups season, baby. The long-running, quick-service soup spot doles out bowls of blue crab and curried apricot-lentil, plus biscuits (complimentary, and necessary). There’s wraps and salads, too, if you’re so inclined (but then again, it’s not like they called it Raviwrapsandsalads).

If you’re a TIFF veteran, we probably don’t have to tell you where Burrito Boyz is, but it’s always good to be reminded of those brick-like burritos and their meaty, spicy, saucy charms. In fact, we could really go for a small shrimp with some of that creamy burrito sauce right about now.

A Toronto original (first established in North York in the 70s), Belly Buster has clung on for a decade in a swiftly changing King West on the strength of nostalgic, dead-simple cold cut subs. Order with caution to avoid conking out midway through your third flick of the day.

Brother brings Scarborough to the world

Natalia came to NOW as the food writer in 2015 before taking over the lifestyle desk in 2019. She has written about food, style, technology, life and travel for the National Post, Sun Media, blogTO and Metro. She enjoys thrift stores and bad puns.